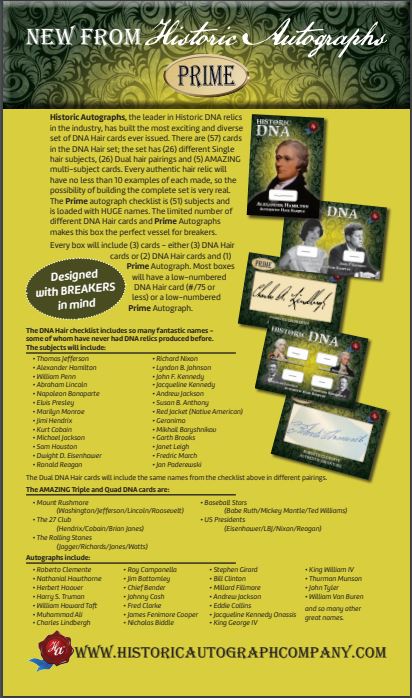 Historic Autographs, the leader in Historic DNA relics in the industry, has built the most exciting and diverse set of DNA Hair cards ever issued. There are (57) cards in the DNA Hair set; the set has (26) different Single hair subjects, (26) Dual hair pairings and (5) AMAZING multi-subject cards. Every authentic hair relic will have no less than 10 examples of each made, so the possibility of building the complete set is very real. The Prime autograph checklist is (51) subjects and is loaded with HUGE names. The limited number of different DNA Hair cards and Prime Autographs makes this box the perfect vessel for breakers.

The Dual DNA Hair cards will include the same names from the checklist above in different pairings.