Panini have shared some information with us today regarding the upcoming National Treasures NBA Basketball product which is due out next month on July 20th, 2022. National Treasures is normally the most coveted release for the basketball card release calendar aside from Flawless, while the price is still outrageous compared to what it used to be, its still easier to put your hands on it, especially when doing group breaks. We can expect a box original MSRP of around $5,000 per box, which will contain a total of 10 cards per box. Box break down will feature 4 memorabilia cards, 4 autographed cards, 1 printing plate and 1 base card or parallel card. National Treasures also brings us some new booklets, titled Treasure Chest, and dual and triple superstar autograph cards. NBA Rookies will of course have their original Rookie Patch Auto Cards, and will also be featured in the quad relic based sub-set called Rookie Material Autographs. Veteran autographs will be featured in subsets titled Penmanship and Hall of Fame players will be in Treasures of the Hall. The Colossal set will be returning as well with jersey cards, prime patch cards and super prime patch cards ( Logoman ). Another set that will draw some eyes, is the treasured tags set, featuring laundry tags and size tags. You can view the products sell sheet here. The featured images here were clipped out of the sell-sheet sent to distributors, are mostly mock-ups and are subject to not being final. 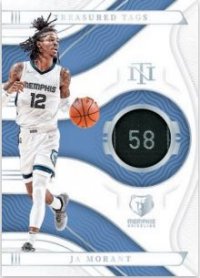 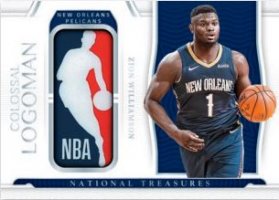 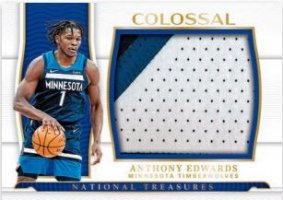 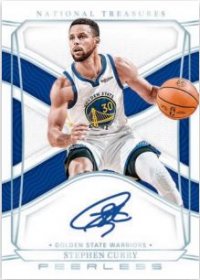 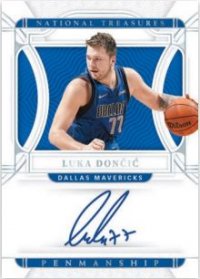 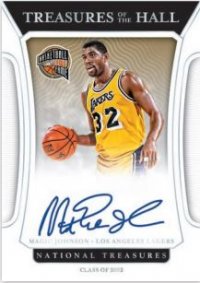 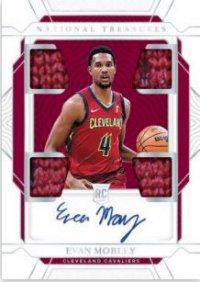 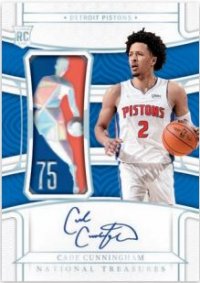